I called Compass’ Amy Sack about another listing, 5927 Martel Avenue. It’s a super cute Tudor in the M-Streets with a half finished out attic, generous hallway and bright, open spaces. It’s listed for $615,000, an entry level price point for M-Streets and with the attic upstairs, there’s room to grow.

As we talked, she mentioned another one of her other listings – 8648 Forest Hills in Little Forest Hills. As she told me about it, we both lost our minds and realized we had to make a devastating choice – we had to sacrifice the Tudor write-up to feature this reimagined cottage.

THE COTTAGE. It was completely redone by the team at Create Atelier who are just getting started in the residential space, but extremely well versed in architecture. They come from the commercial side of things. They’re dedicated to reconnecting form and function. They believe that quality design enriches everyone’s lives and they want to do it in a way that’s accessible to all.This is their first of hopefully many ventures, and it’s a spec house, but they’re also available for hire if you have a space you’d like to add some sleek, modern, Norwegian influence to.

This is their first of hopefully many ventures, and it’s a spec house, but they’re also available for hire if you have a space you’d like to add some sleek, modern, Norwegian influence to. 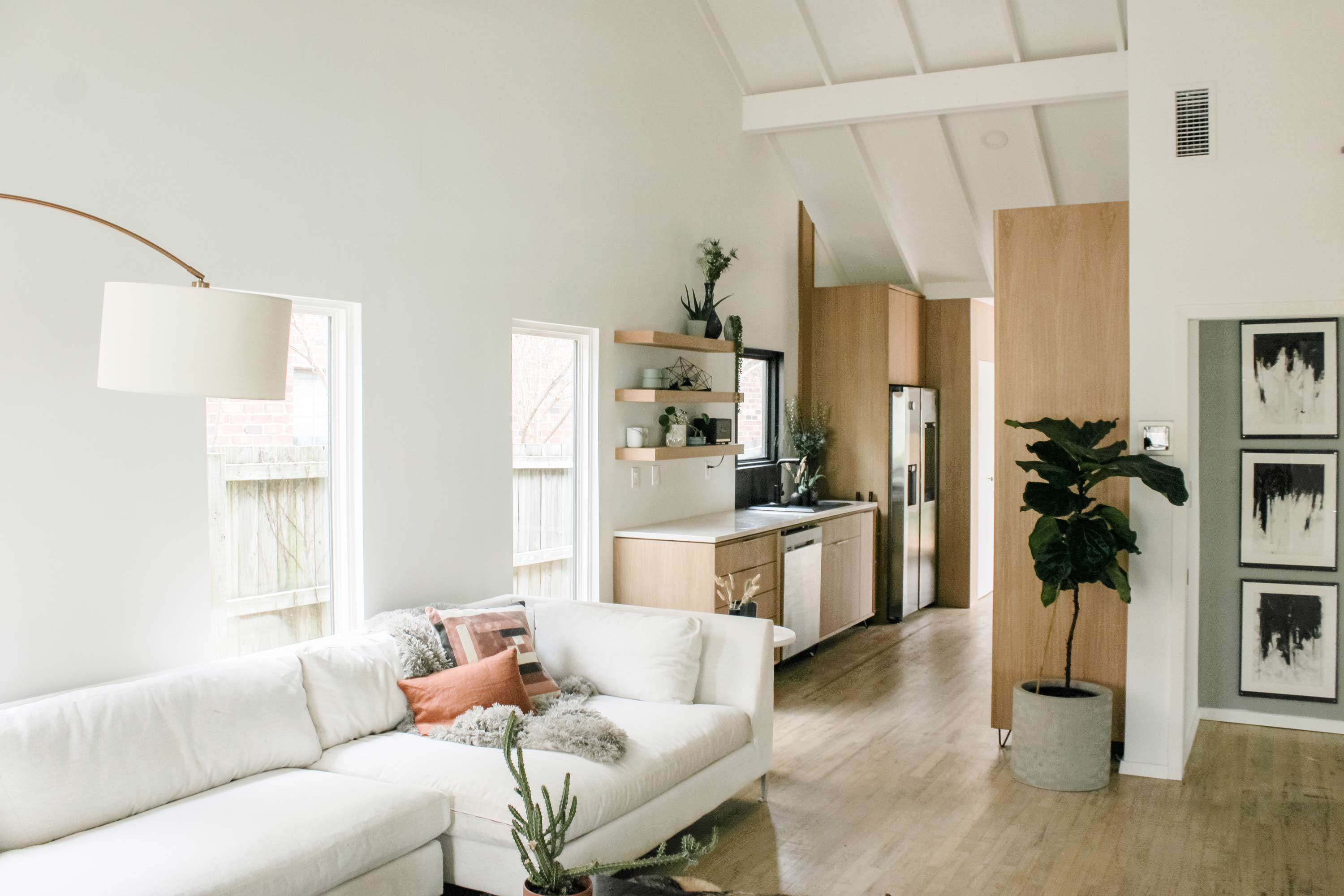 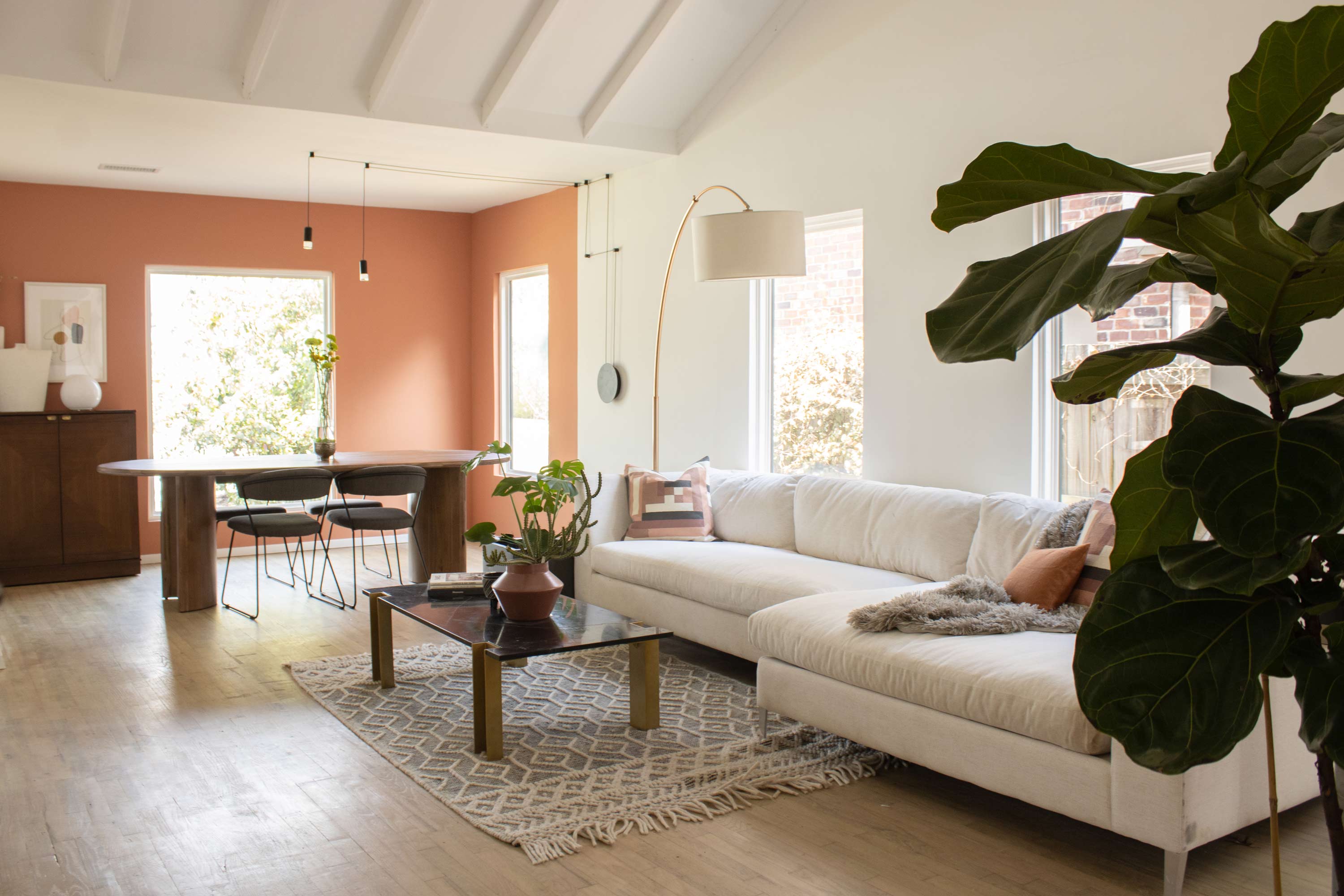 They went big on this one. They brought all their ideas and added details to their details. The kitchen cabinets are custom, made of rift-cut white oak. The backyard is massive. They added native plants, low maintenance landscaping and built the carport by hand. They left nothing unfinished – they even selected all the furniture inside the home and it’s all for sale separately, too. This sleek, modern, envy-of-all home sits on a lot and a half. As Sacks pointed out, you could put in an amazing pool or add a second building to use as a studio or guest quarters, there are really so many options. 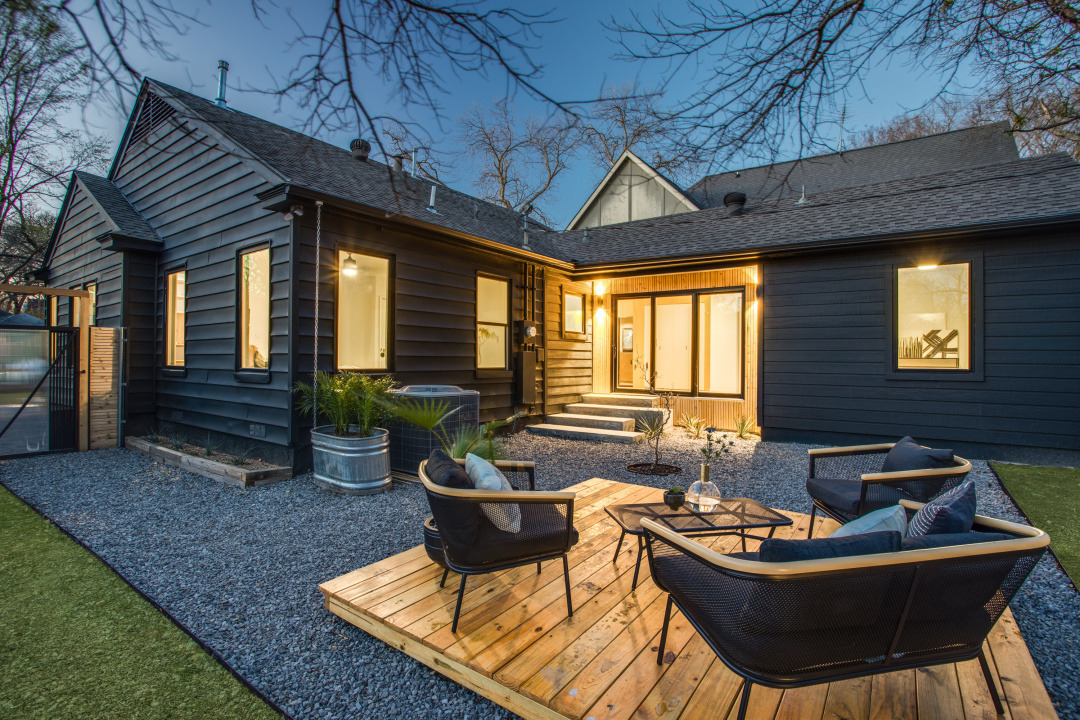 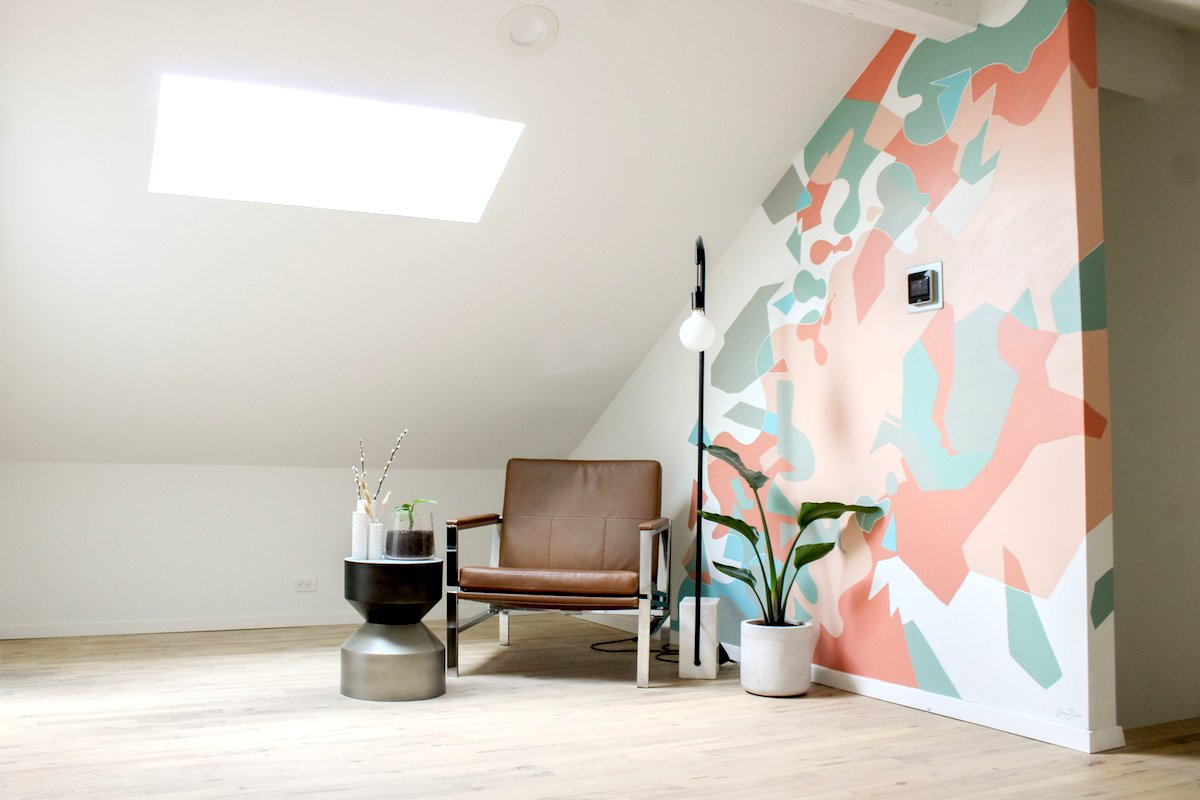 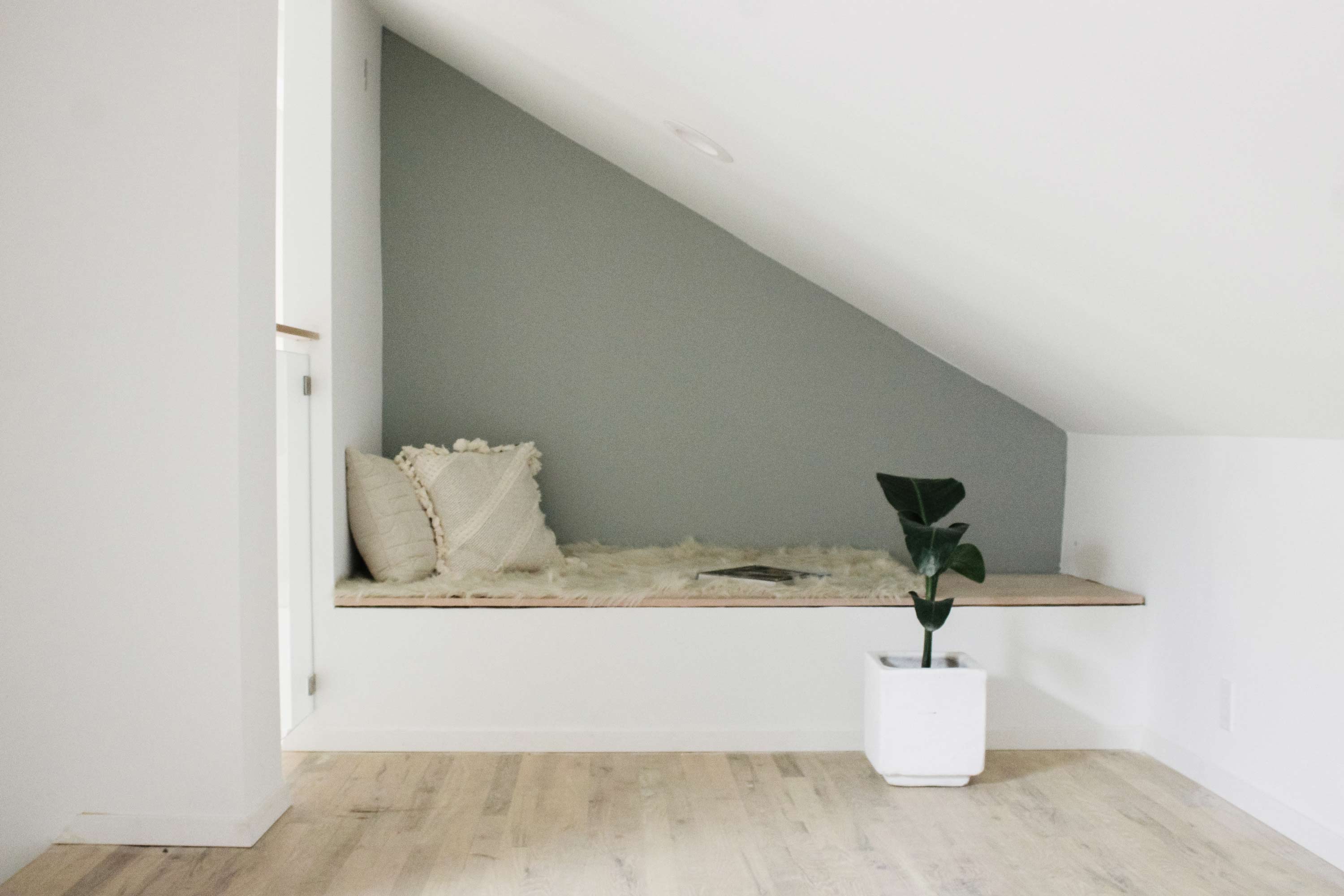 Inside the home there’s a loft and they had a local artist, Johanna Torres, create a mural. That’s their level of dedication to keeping it homegrown. Seriously, they’re all in on this city and their passion is obvious. 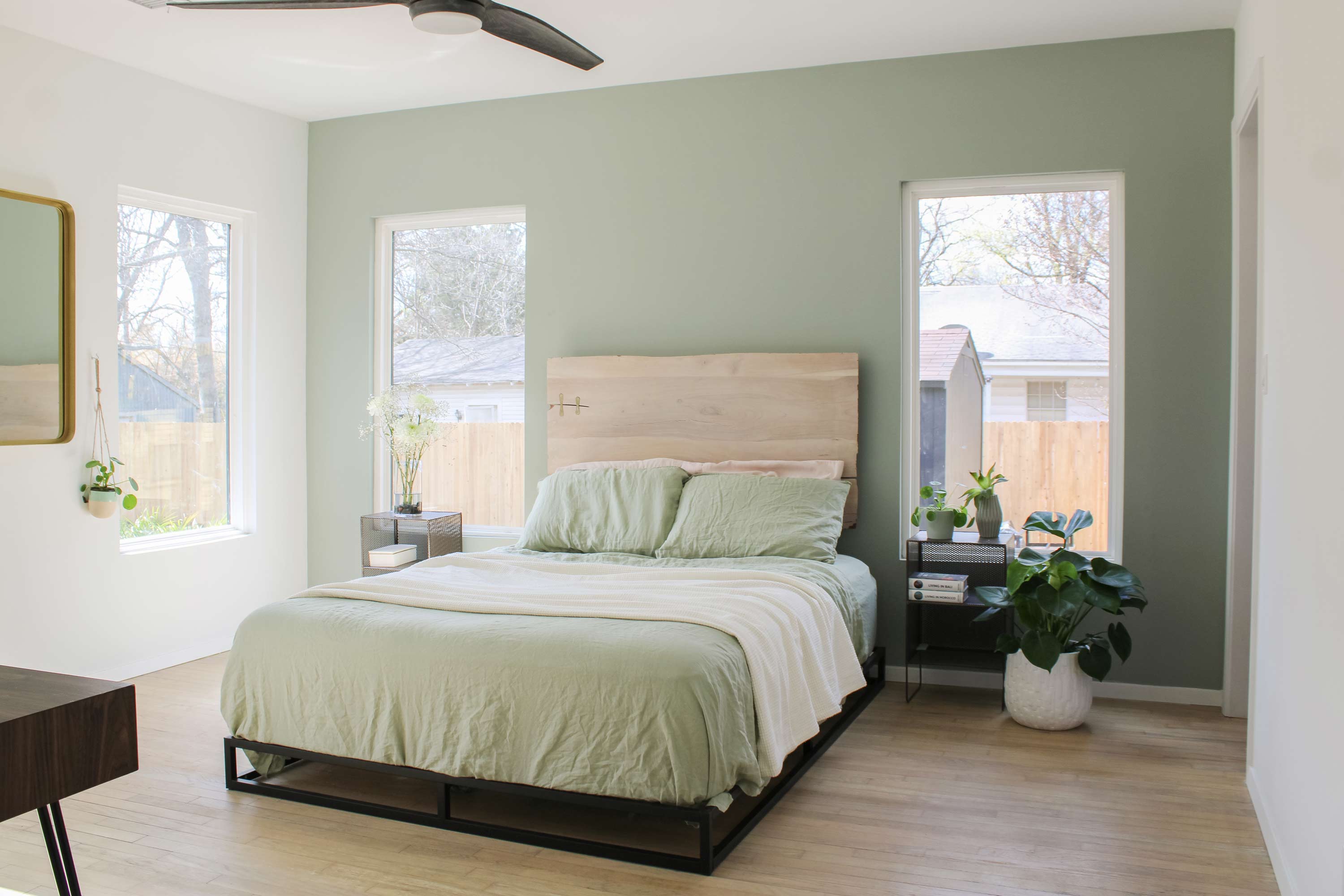 Everything about this story just gets better and better including the fact that a neighbor, Mindy King, who doubles as a stylist and triples as a photographer, did the shoot in exchange for a donation to Genesis Women’s Shelter. Are you feeling better about humanity yet? Because I am. And PS they didn’t turn on a single light for the shoot. That’s all-natural sunlight streaming in.

Final plug – “New electrical, plumbing and HVAC, all within a 1940s shell. The best of both worlds.” MAKE IT YOUR WORLD. Sack has the custom construction featuring three bedrooms and three bathrooms listed for $650,000. Take a look at 8648 Forest Hills today, Saturday from 1:00pm to 3:00pm.

Subscribe to our newsletter
Thank you! Your submission has been received!
Oops! Something went wrong while submitting the form.
Featured